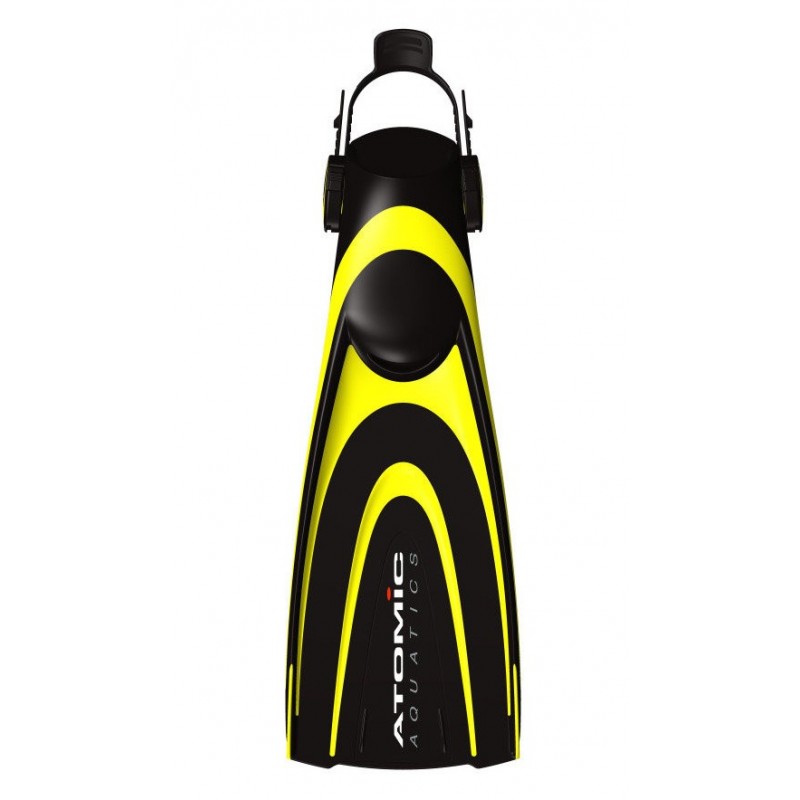 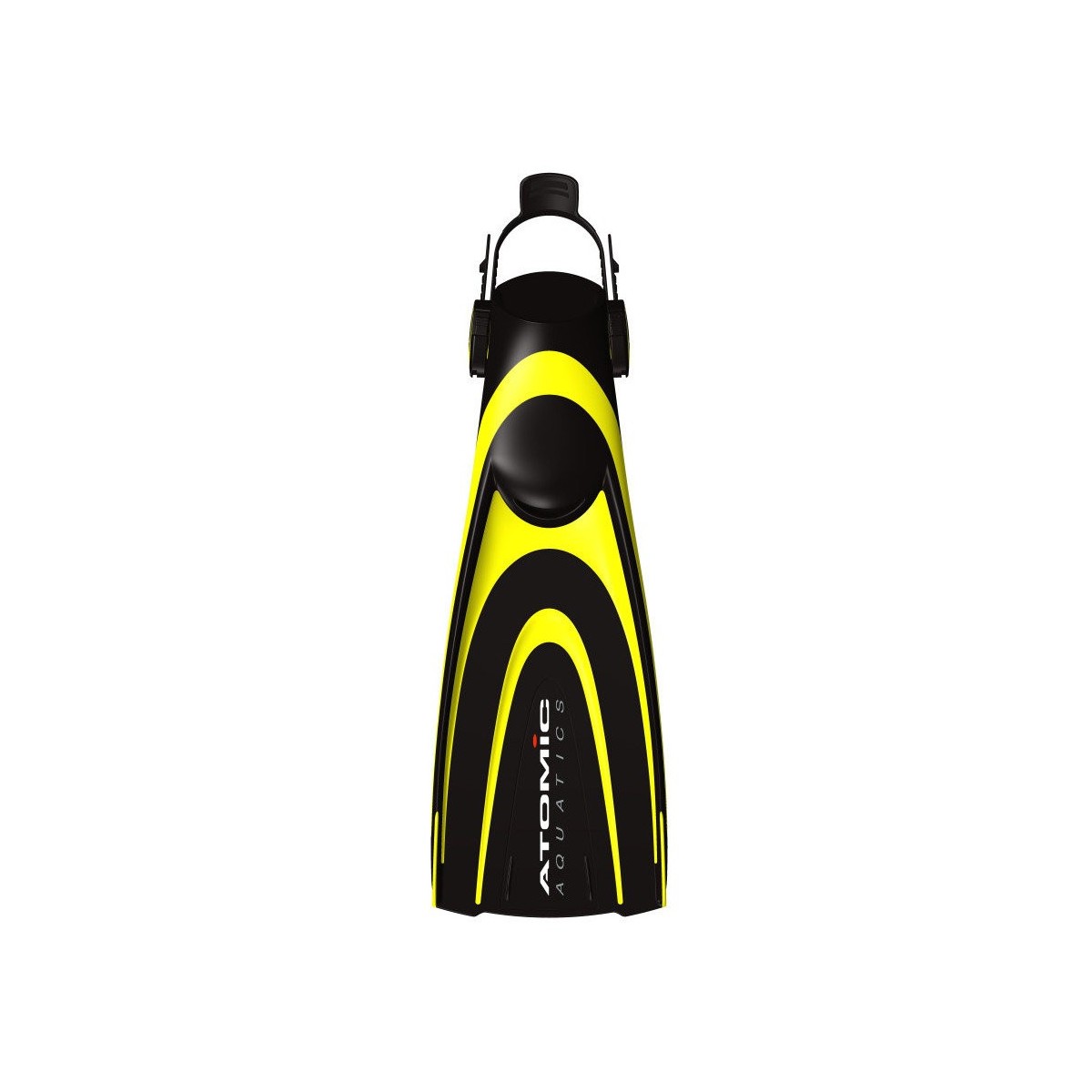 BladeFins are designed as a “paddle” fin concept popular with divers who prefer a powerful swimming style to sprint through the water in the most demanding conditions. The addition of BladeFins diversifies the Atomic fin family and complements its well-established, top selling SplitFins™ product line. These two distinct Atomic fin designs offer divers a choice of fins best suited to their personal swimming style.

Atomic BladeFins differ significantly from conventional paddle fin designs by uniquely combining two frame structures that work in tandem to maximize kicking power. A “Power-Loop Monocoque” engineering structure is paired with a specially-designed “Frame Rail” design to give divers more power and thrust to move efficiently through the water with every kick.

“When you use this technology in a diving fin, every part of the kicking motion is optimized. The foot pocket Power Plate and Power Rail work in tandem while vertical stabilizers at the tip of the fin helps channel and control the water down the blade for an exceptionally efficient performance,” Garraffa stated.

According to Garraffa, the BladeFin has been in development for several years and follows the Atomic product design philosophy of only introducing products that deliver superior performance for divers. Like all Atomic Aquatics products, BladeFins feature a distinctive, appealing style. BladeFins are designed with sweeping curved accent lines, continuing Atomic’s “wicked” style evolution that started with its Venom mask and SV Series snorkels. BladeFins are available in 6 colors including blue, yellow, silver, red, pink and purple.

The Four C’s: Capture - Contain - Channel - Control
Atomic Aquatics BladeFins Capture water and Contain the flow without spilling it over the edges while Channeling the flow of water down the blade and off the vertical stabilizer edge tips, and Controlling the power with two frame structures (Monocoque and Frame Rail) to fully optimize the paddle fin design and kicking effort.

BladeFins received the prestigious “Tester’s Choice” Award from Scuba Diving Magazine, becoming the latest in a long line of Atomic Aquatics products to be recognized by the industry for superior design and performance. Atomic continues to lead the scuba diving industry in the development of new products and technology designed to make the sport simpler and more enjoyable.

Kelvin’s selections for you

22 similar Products of other brands: